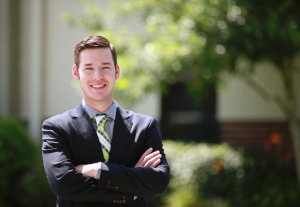 (GONZALES, La.) – Justin Harvey has been named President of A+ Corporation, a family-owned and operated business with headquarters in Gonzales, La. At 30 years of age, Harvey grew up in the company, having been formally employed for 11 years.

Harvey’s grandfather, Donald Mayeaux, founded A+ Corporation in 1989. Mayeaux created product concepts that changed the way natural gas was being sampled. He pioneered the use of membranes for removing liquids to protect analyzers in both gas and liquid streams with the Genie® Membrane Separators™.

The company applied this technology in sample extraction probes for high pressure natural gas pipelines that can be installed under pipeline pressure. This patented technology is the only one of its kind written into and accepted by industry standards.

When Donald Mayeaux transitioned ownership and control of the company to his children, A+ Corporation continued to practice his devotion to inventions based on scientific principles. A+ Corporation now holds 32 patents and has 10 patents pending, having sold 9 additional patents.   This innovative company has grown to include a network of distributor inventory in more than 20 countries.

Now, 26 years since its inception, the third generation takes the reins.

“I am excited to get started in this role and to lead A+ Corporation into the next phase of our business,” said Harvey. “My grandfather was my inspiration and role model, and I’m proud to follow in his footsteps. I will strive to ensure A+ continues to lead the market with exciting new technologies based on expert data and sound research, and I’m fortunate to have the right team in place to make that happen.”

Since he was a boy, Justin Harvey prepared for this position by working in almost every aspect of the business. His most recent positions were Vice President and North American Sales Manager.

“Justin will be responsible for daily operations as well as planning, developing, organizing, implementing, directing and evaluating the organization’s function and performance,” said his mother, company CEO/CFO Sheila Harvey.

“Justin exhibits the same passion for his work that my father did,” she added. “We are confident in his leadership and excited both for him and for A+.”

“… We value the service and business with your company and appreciate the o...

We’ve taken advantage of travel restrictions during this past year by launching a...