From October to the end of this past year, all of our employees were given Fitbits and were challenged to increase their daily activity not only for their own health but for charity. The miles were logged on a daily basis and at the end of the contest, the two top winners were given $3 and $2 respectively to any charity of their choosing.  In the top spot at 569.37 total miles, Appley Jackson chose to donate her $1708.11 winnings to the ASPCA. The runner-up, Melvin Guidry, at 441.16 total miles chose to donate his winnings to Children’s Cup.

So as not to leave all of the hard work from the other employees out, Sheila Harvey, our company’s CEO, graciously chose to donate $0.50 for the rest of the miles walked during this time. The funds went to Dr. Appel’s ALS Research Fund in Houston, TX. This donation goes in memory of our late founder, Donald Mayeaux, who passed away of ALS in May 2012. A total of 3,144.29 miles were included in this total of $1572.15. 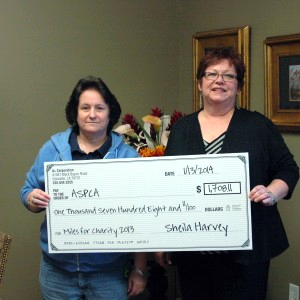 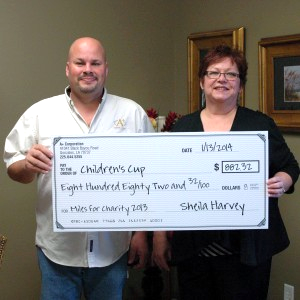 “… We value the service and business with your company and appreciate the o...