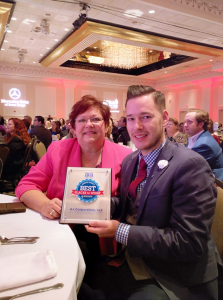 This survey and awards program was created in 2014 to identify, recognize and honor the best places of employment in Baton Rouge, benefiting its economy, its workforce and businesses.
To be considered for participation, companies had to fulfill the following eligibility requirements:
– Have at least 15 employees working in Baton Rouge;
– Be a for-profit or not-for-profit business;
– Be a publicly or privately held business or government entity/municipality;
– Have a facility in Baton Rouge; and
– Must be in business a minimum of 1 year.

The 2015 list of Best Places to Work in Baton Rouge appears in the October 13th issue of Business Report and all of the companies were honored at a breakfast held on October 14th as part of the Louisiana Business Symposium.

We’ve taken advantage of travel restrictions during this past year by launching a...